One of the proposals from the sketching phase was based on the idea of visually showing La Marzocco’s unique selling point – which is the focus of it’s marketing campaign – the dual boiler system. This idea was then turned into a first 3D model. The initial concept was further developed into a full design concept, incorporating ideas such as an easy-opening ‘bonnet‘ for quick maintenance access, hollow rear legs to guide electricity cables and water hoses and various user-interface improvements. A full-scale mock-up was built and presented by Paul Schilperoord at La Marzocco’s Out of the Box (OOTB) event in Milan in 2013.

In close cooperation with La Marzocco’s engineering department, Paul Schilperoord developed a SolidWorks 3D CAD model that was used to build a fully functioning prototype – including a lever mechanism developed by La Marzocco – which was presented at OOTB 2015 in Milan. The subsequent Leva production model was officially introduced in 2017 as part of La Marzocco’s 90th birthday celebrations. 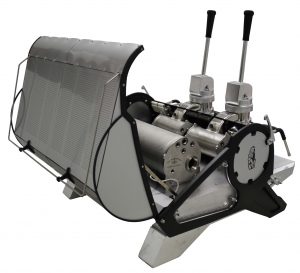 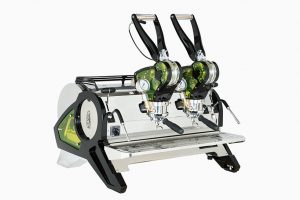 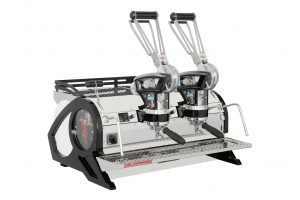 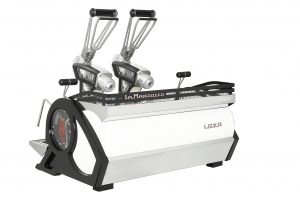 FRANKE A-Concept
In 2015, Studio Zink was asked by FRANKE in Switzerland to develop a conceptual design based on its A600 coffee machine. Following the initial research and sketching stage, a final concept was developed with a more slender profile for the boxy shape of the A600, giving it a striking look from the back when sitting on a coffee bar counter and incorporating the Swiss cross as a symbol for Swiss-made.

A prototype machine was commissioned by FRANKE and hand-built in the Netherlands under supervision of Studio Zink. The bodywork is made from stainless steel, powder coated in red, with white-colored hardened glass panels. The FRANKE A-Concept machine features a pressure gauge on top of the machine and a laser-cut drip tray based on FRANKE’s ‘Make it wonderful‘ typography. 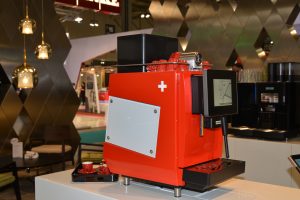 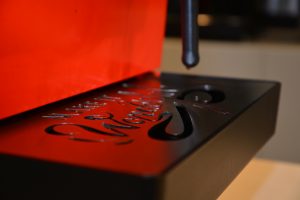 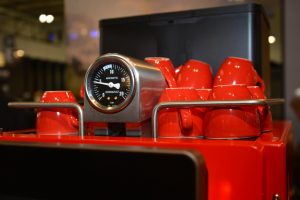 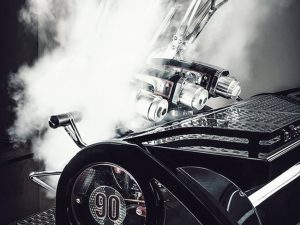